Sex and the Design

Sex and the Design

I was walking through the mall over the weekend and realized that the half-naked models that once graced the windows of Abercrombie & Fitch are now covered. Even Victoria is covering up her secret. BMW, who was known for using the sex appeal factor, is now more concerned with the curves on the car instead of on the woman. I can’t help but wonder, is the “sex sells” design falling out of style?

Since I can remember, the advertising industry has been using the “sex sells” strategy even to sell fast food. Sex was everywhere from the pages of a magazine to the banners of a website. 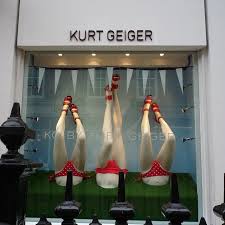 The earliest instance I can recall goes back to 1871 for the Pearl Tobacco brand. The company placed images of a naked maiden on every cover. The idea was to grab the attention of the consumer by using the shock factor. Sex in advertising was a way for many to fill their curiosity as it pertains to sexuality. As most know, back then the birds and bees was not a conversation that was had at the dinner table. Thus, leaving a wide opening for designers to move right in, not realizing the momentum it was about to take.

Since 1871, the “sex sells” theory has been a snowballing method. Throughout the years, many advertisements used sex appeal even when the product had nothing to do with sex itself. Even having grown up in the 90’s, I recall many of the music videos on MTV dripping with sex, while the song had nothing to do with it… I’m looking at you Miss Britney. In fact, since then many videos have been banned from Ciara to Madonna for it’s sexual content.

Now that the “sex sells” design has taken a lack of decorum, has this desensitized everyone in the modern day? Is it because people are more open about sex and their sexuality that these advertisements are now falling short with no shock value anymore? Could it possibly be that America has had about enough of sex being thrown in their face. Designers dealing with advertising might have to find a new source of inspiration.

What do you think?